2017 is so far showing that guitar music isn’t dead.

Sometimes, you just know that an artist is special the moment they drop their debut single. Sandro Cavazza is undoubtedly one of them.

What It Feels Like is moody, dark, emotive and uses a distinct and unique string hook that becomes iconic after the third listen. Read the full feature here.

Despite the choice of name, Hater is undoubtedly one of the easiest to adore breakout indie outfits of the past year. If there were any doubts about this, then the spacious guitars and gender-dodging vocals of Cry Later ease them. It’s an effortlessly cool and strangely dramatic single that demands attention.

You can read the full review here. 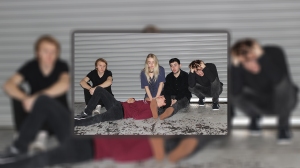 Maybe a little late to the ‘new year’ mark, but Sad Vegan still manage to turn a track about an end-of-year final hookup into a pop-punk stormer. Coming in at a fierce cross between The Subways and We Are The In Crowd, this dual-narrative post-love track is one that everyone can get down to.

Read the full review and the premiere feature here.

Whereas its predecessor was an immediate, major-key rocker – perfectly enjoyable if rather by-the-numbers – Bell Rock sees Laughed The Boy expand its sound and move into altogether more intriguing, haunting territory. The song is wistful, dreamy and delightfully unhurried, giving the band ample opportunity to make an impact. And they do. 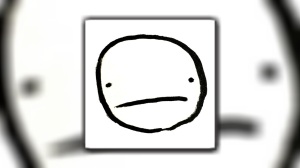 For the second month in a row, FEiN has demonstrated that it is a musical force to be reckoned with. While the outfit has traditionally been more tongue-in-cheek or subtle about its sadder tones, It’s Alright brings them to the fore. It is arguably the outfit’s most melancholy song, yet one of the most rousing alternative tracks of 2017 to date – not an outrageously difficult feat, but an impressive one nonetheless.