The top five tracks to grace our ears in October 2016.

Alt-pop has never sounded as delightfully sleazy as the latest offering from Boy Epic. Rather than rushing into the late night beats, this track takes its time to appreciate the anticipation and atmosphere.

However, when it comes, it hits hard with a killer instrumental hook and beats that dip down from sophisticated and seductive to sensual and dirty. It’s a huge offering that loans itself to club settings and will become a staple of every DJ set once a remix pushes it beyond. Read the full review here.

Rakunk – Turn The Power On

Since we first heard them, we’ve always pegged Rakunk as being perfectly fitting of the stadium-rock scene. Yet with their newest single, the band have taken this a step beyond. It’s an absolute powerhouse of Strokes-esque modern rock brilliance.

Bouncy rhythms and upbeat synth melodies play uneasily enjoyable partners to the blistering alt-rock guitar tones and the intense vocals, but the track still comes together in a flawlessly executed fashion. Rakunk are on the rise, and nobody can argue that they do not have the material to reach for the largest of venues. Read the full review here.

Lila Swain has a beautiful voice and her latest, pop-pleasing single is even more beautiful. But with that said, it’s not for the weak of hearts, as it’s oddly ghostly and subtly unnerving if you have a phobia of the supernatural.

The drum beats are deep and hard-hitting, but the remaining instrumentation is light and ethereal. Throw the flawlessly melodic vocals of Swain into the mix and it makes for a captivating release. Read the full review here. 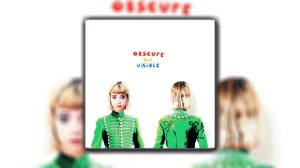 Few songs manage to be as hypnotically engaging as this one from Computer Magic. As the opener of the latest EP, this track is resigned to the difficult task of catching listener’s attention and easing them into the experience that follows. Fortunately, it’s brilliant at it.

The track is a joyful explosion of synth-led instrumentation with an 8-bit charm, indebted more to recent electropop successes such as CHVRCHES and Metric than to the 80s scene most other artists revere. As opening numbers go, this is one of the finest. Read the full EP review here.

It is not an overstatement to say that the newest release from Sofi Tukker is an eccentric single that takes the genre of electropop to the next level. In fact, it wouldn’t be too far to say that it is arguably the most fascinating musical entry into the wide spectrum of club music in recent years.

All the standard signs of club music fall into the background of this track, with the foreground replaced by a brilliantly sultry vocal from Sofi and a perfectly unique piano melody that is distinct from any other entries in the genre. Sofi Tukker stand apart in a washed out scene. Read the full review here.