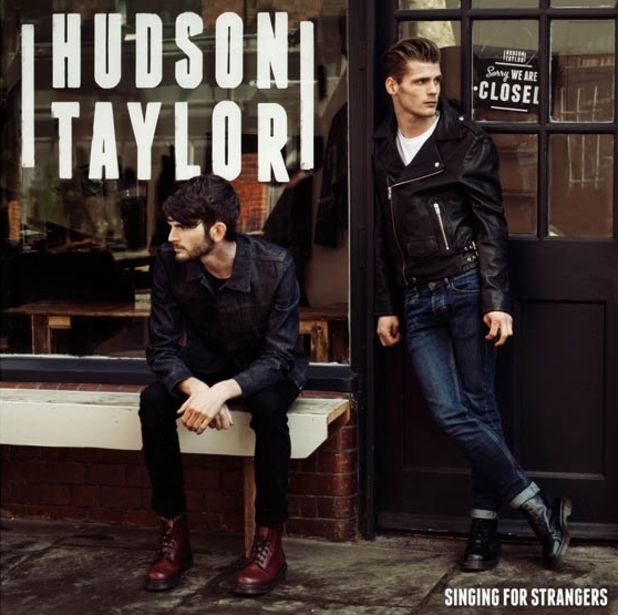 For anybody who has been following Hudson Taylor as long as we have, their debut album ‘Singing For Strangers’ will hold little surprises. But then again, if you’ve stayed loyalled to the brothers for so long then you won’t want too many surprises.

It’s not just that ‘Singing For Strangers’ holds the trademark acousto-pop sounds of a band who have been refining their modern Simon and Garfunkel style for years, it’s that it actually hold many of the songs that established that sound.
On the album itself, four of the tracks – that’s one third of the entire album – consists of rehashed renditions of previously released tracks (although still enjoyable to hear how them updated). If you include the bonus tracks, that becomes eight (or nine, depending on if you include ‘Holly’ which appeared as an acoustic Spotify exclusive in 2013) out of 21 tracks that have been heard before. And, what the heck, no ‘Drop Of Smoke’?!

Still, Hudson Taylor manage to surprise. Opener ‘Just A Thought’ sets the heavy pop sentiment and sounds of the album, while still being arguably the weakest track on the album. I’ve always held the duo in high regard for their lyrical capability, so hearing a no-brainer choral refrain of “oh oh oh oh oh” feels like an insult to the lyric-admiring audience and themselves.

But the rest of the album is a lovely lyrical treat and then – HOLY SHIT, ‘Don’t Tell Me’, wow. This track blindsighted me completely, offering a style and sound I couldn’t have expected. And this striking change of EVERYTHING makes this the album’s most fantastic moment. Heavy bass and drums, defiant lyrics and vocals, and a refrain that is heavily pop without being like ‘Just A Thought’.

While a lot of this album may feel like recycled gold, it’s still a solid debut full of enough great new sounds to split up the feeling of familiarity. The bonus tracks have their moments (‘Beautiful Mistake’ ft Gabrielle Aplin is particularly beautiful), the core album is where the magic lies.

You can listen to the album here.