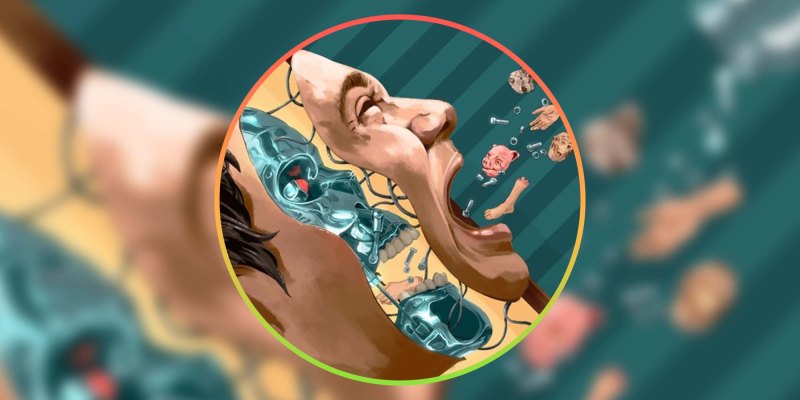 A strong riff can make any song palettable, even one about cannibalism. White Room has discovered this with new single Cannibal Song, which posts a sturdy, muscular guitar riff that underpins proceedings while – unintentionally – exemplifying the song’s lyricism.

The song is fronted by a riff that sounds like the band has cannibalised Jack White’s Freedom At 21 (which itself cannibalised Seven Nation Army) and ate it down with a side of Arctic Monkeys’ Suck It and See album. This isn’t to say that the track isn’t an entity in its own right; it’s just one that wears its influences proudly on its sleeve.

Similarities aside, the track does an impressive job of juggling black humour-laden lyrics with a brooding instrumental line that still instils a sense of foreboding and dread. The sinister atmosphere is one that will undoubtedly serve the band well live, with the muscular lead riff and the chaotic jam of the middle eight giving the band room to embrace the dark energy.