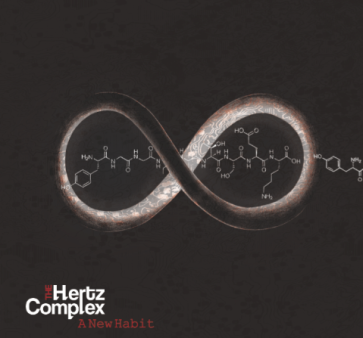 There are some times where all the right ingredients are present and the mix is right, but the final product isn’t everything you hoped it would be. The Hertz Complex debut EP ‘A New Habit’ fits this description: combining elements of Post-Punk, The Pixies, Editors and the alt-rock scene in general, this EP should be pretty good. And while it’s not a completely fruitless listen, the EP doesn’t do justice to a band who have enjoyed as much success as The Hertz Complex.

Opening track ‘No Control’ is, by far, the weakest song on the EP. It’s a slow guitar-led piece that builds very slowly and isn’t the most interesting start to any release. Things soon pick up though, as EP highlight ‘Bassy’ soon comes in and shows the potential that the band have. It’s an experimental stab at alt-rock, but it’s nothing too groundbreaking. But it does show that the band have something to them.

From there the EP continues to bubble and simmer gently, but without there ever being too much danger of the band boiling over and doing something exciting. And that’s a hurdle the EP never passes: there’s no danger or excitement in the EP. It sounds very controlled and tame throughout, with nothing that really keeps you hooked. And it’s infuriating – because the band and the songs have so much to offer. But it’s just not here.

‘Maybe I Know’ is worth listening to. But the rest of the EP, not so much.