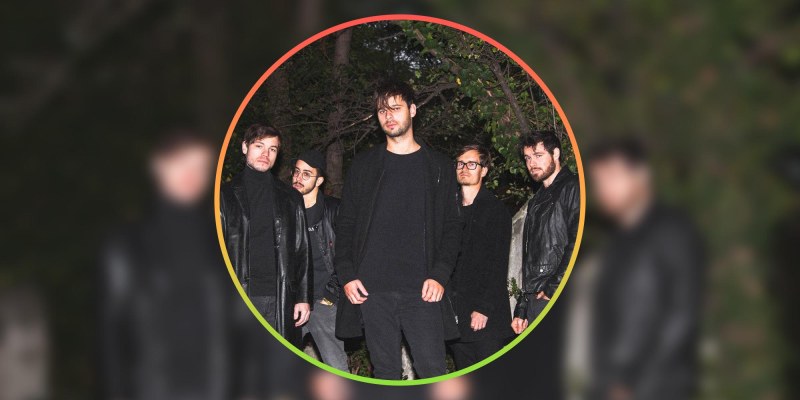 In Between Dreams and Truth is the newest EP from the Austrian band Like Elephants and is also a perfect example of indie pop at its finest: combining the airy essence that pop brings with a sense of indie wistfulness, the band manages to carve out a sentimental feel without becoming generic. Although winter is fast approaching, the EP is fitting of summer times with its nods to dreampop and shoegaze being the basis of uplifting refrains.

By opening with the track Ghosts, Like Elephants throws everything but the kitchen sink at our earbuds as the layering of soundscapes creates a mood full of conflicting textures that effortlessly work together to produce a 00s indie meets 80s pop vibe.

Amongst all this lies a raspiness within Koch’s raw vocals, bringing a slight edginess to the otherwise fun-infused track. Although the breathy vocals have a tendency to take a peripheral role in the prevailing electronic processing, the song remains a feelgood tune as the melody oozes enough euphoria to lift the vocals up from the odd slip.

This self-confessed 80s influence is ever more evident in These Pictures with the hauntingly catchy melody emitting some serious The XX meets London Grammar vibes. It sounds weird, but it works. With the combination of the rippling guitar riffs and the endearing synths, the song has you feeling nostalgic for your teenage years like some sort of American coming of age film.

Shortly after you have reminisced over your past, you’ll be imagining yourself dancing your Saturday night away to the psychedelic, trance-like nature of Koch’s vocal against Hauer’s ethereal synthesizers. Like Elephants succeeds in the task of making a track full of throwback power remain just as compelling in the present moment. It makes you long to go back to the past while consolidating what is happening in the current moment.

In Between Dreams and Truths closes on a darker note with the titular Between Dream and Truth conjuring up the grungiest sound of the EP. Taking the anthemic factor from the previous songs and adding an element of melancholy and a sprinkling of vocal hooks, Like Elephants adds a relaxing side to their atmospheric, driving tempo tones. Although slightly different to the other tracks, it thrives in its differences and slots perfectly into the EP’s arrangement.

Somehow, Like Elephants manages to create an EP that is as equally anthemic as it is chill inducing. In Between Dreams and Truths proves that the band has found a winning formula in Koch’s husky vocals, Wührer and Gugerbauer’s echo-laden riffs, Hauer’s fervent synths pitted against the stabilising force of Luger’s drum beats. The EP takes the best of 80s dreampop and gives it a contemporary indie facelift, transporting us back to an age of psychedelic trance.