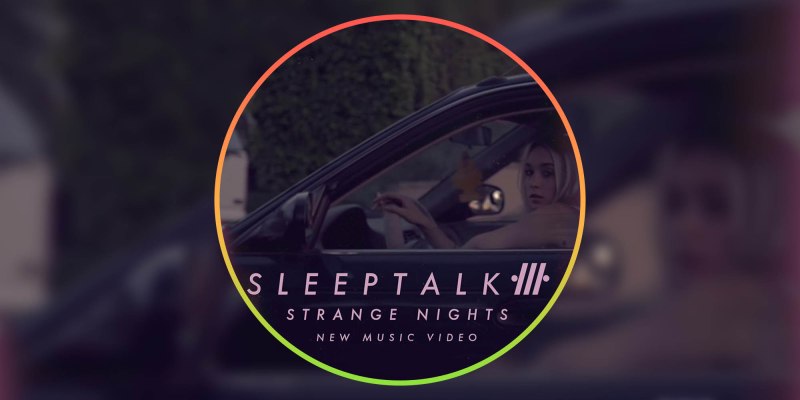 Sleeptalk has always been an act that is quite difficult to pin down to a specific sound. When we first encountered them with Indio, California, we pegged them as being a bit of an alt-rock blend of The 1975 and CHVRCHES. Then The Feeling shook that up and threw them straight into electropop territory.

Well, the band has just done it again. Latest single/music video Strange Nights sees the band take the alt-rock sound we first associated them with and give it a twist of lemon. It’s melody-rich and led by echoey guitars, clean bass lines and simple crashing drum sections, but it’s the muted guitar riffs that open up the song that really set the tone.

It’s this riff that gives the song its vibrant, tropical feel and makes it feel distinct from anything they’ve offered up before. Of course, this riff isn’t strong enough alone to detract from the overbearing similarities with The 1975 that do crop up – the chorus, for example, vocally emulates Chocolate a little too much – but it does give us a new shade of the band to consider. It’s still fresh and it’s still new.