Saturday April 16 is the most wonderful day of the year for music fans in the UK: Record Store Day. It’s a day that aims to keep business flowing to independent record stores by offering exclusive releases (typically on vinyl) in limited quantities, for sale on just this one day.

But besides simply supporting independent record stores, RSD16 provides a fantastic opportunity to support releases from independent and emerging artists – and this year there are some phenomenal releases on offer. Here’s our guide for new artists to check out this year.

The LaFontaines are offering a white vinyl re-release of their debut single Paper Chase. Like pop-punk but also a fan of Jamie T and that hip-pop sound? This is for you. 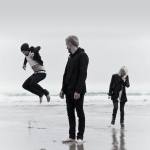 Auction For The Promise Club are dropping their AA side single This May Hurt/Cut So Close on red vinyl. Indie-Alternative at its finest.

Singer-songwriter Hannah Peel will be releasing 2015’s Rebox 2 album on a gold vinyl. This is an unmissable release for anybody intrigued by the term “experimentally noisy electropop”.