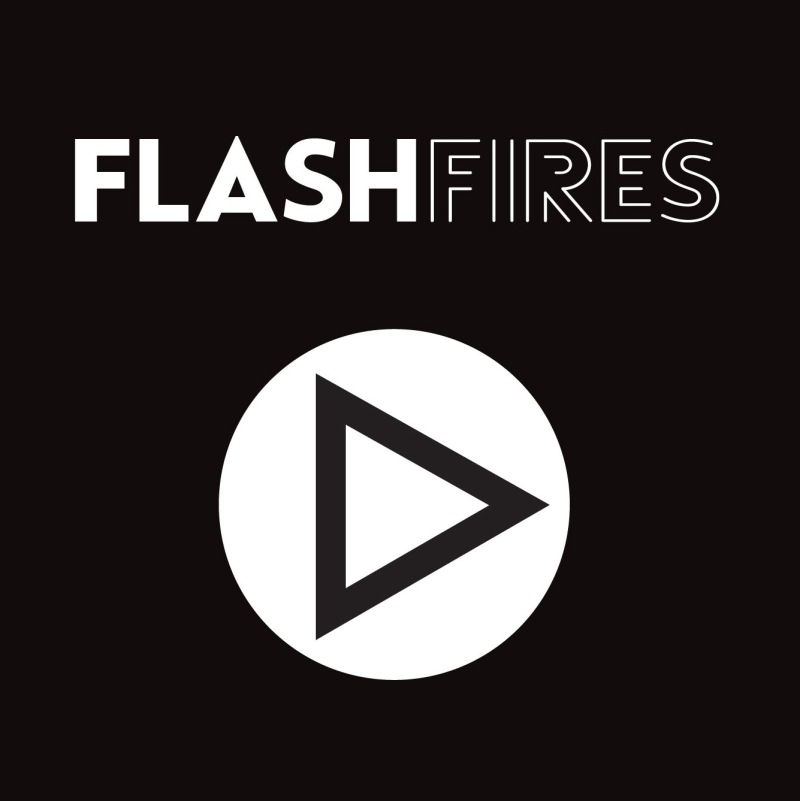 We’re no strangers to FlashFires. We’ve heard two tracks from them, both of which make their way onto their debut EP ‘Play’, and both blew us away. Which means that there is a 50/50 chance that the EP would either be great, or would be heartbreakingly disappointing trash.

Anyone hoping for the latter, stop reading now.

‘Play’ opens as it means to go on, with the punk-lite guitar riff that opens ’31’ that then dissolves into a dreamily dramatic anthem of a chorus that almost makes it feel like it has slipped into another song without you realising. Nope, this is still ’31’. FlashFires are masters of the stylistic shift, and they make no secret of it.

Throughout the EP, the band strike a perfect balance of eclectic sounds and coherent sound. The EP is definitely indie-alternative, with the muscular sound of Supergrass on steroids, but there are so many different genre vibes splashed all over the place. From the funky bass smattered in ‘Lingo’ to the psychedelic-but-also-oddly-surfer-tinged classic rock guitar feel of ‘You Say Nothing’, you always know what you’re getting but you never know what to expect.

So it’s a testament to their artistry and talent that this EP manages to be such a consistently fantastic one from start to finish. There’s very little to fault on this, which is phenomenally rare for any release. With their fondness for experimentalism, their solid musical chemistry and their natural songwriting flair, you can’t expect anything but great things from this band.